If I say drug cartels, who comes to mind?

Many of you probably thought of Pablo Escobar, especially after the many TV series/movies that were made about him in recent years.

I happened to live in Medellín, Colombia, for a few months during 2016. Thankfully, 2016 was a few decades after the horrible 1980s-90s, so safety wasn’t a real concern at the time. In fact, I felt very safe while in Medellín proper, with police presence everywhere I went. The government even signed a peace treaty with the Marxist guerilla army (FARC) while I was there. Of course, poverty and petty crimes were omnipresent, which is pretty typical of most major cities, even in North America.

But the aftershock of Escobar’s impact could still be felt in 2016. (And I’m sure the same is true today. The events that occurred cannot be swept under the rug and forgotten about. Too many lives were lost.)

Almost everyone I spoke with during my stay in the country had lost someone they cared about during the peak years of violence. (And many Colombians weren’t big fans of how glamorized Escobar has become following all of the series/movies, which often misrepresent how things had unfolded in real life.)

Narcotourism has unfortunately become a thing which many Medellín citizens aren’t happy about, and understandingly so.

This is still an issue today. The city of Medellín is doing its best to forge itself a new image. They’ve built lots of beautiful and interesting tourist attractions and demolished the brutalist Monaco building, where Escobar and his family resided while in the city. You can see the building and its implosion as part of a video included in this Vanity Fair article:

I saw that ugly building during a tour I took back in 2016. It still showed damage from the car bomb that had exploded decades earlier. (Yes, after some inner debate, I decided to partake in some of the narcotourism that wasn’t popular among the locals. I justified it because it wasn’t like I’d come to Medellín just for that. I did the tour near the end of my multi-month stay in the city.)

As part of the tour, the guide took us to the house in the middle-class neighborhood of Los Olivos where Escobar was killed on December 2, 1993. You can see what the house looked like in 2016. 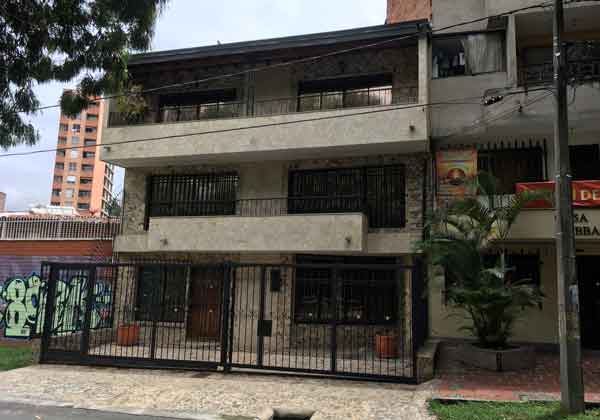 And what that same house looked like on that fateful day, decades earlier, according to the laminated “Last Lair” (última guarida) photos the guide shared with us. 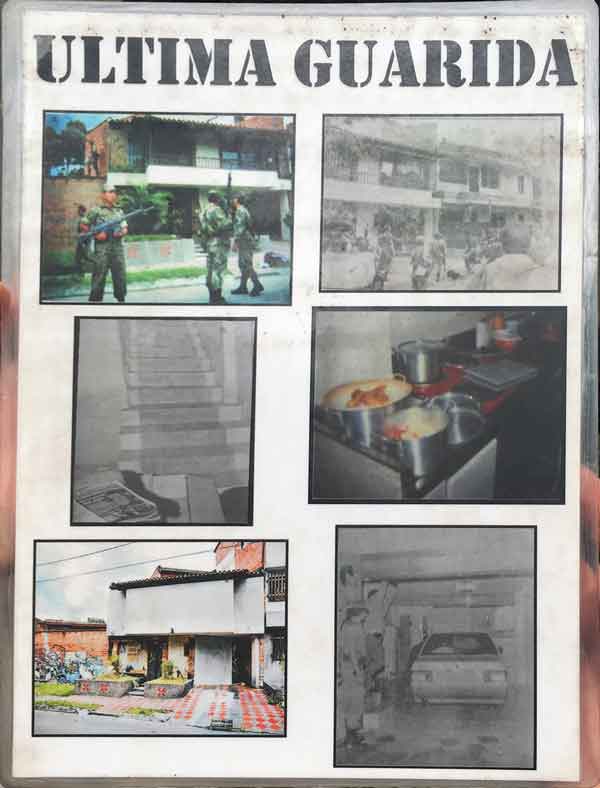 The tour ended at the Jardines Montesacro cemetery where Escobar’s remains were laid to rest. 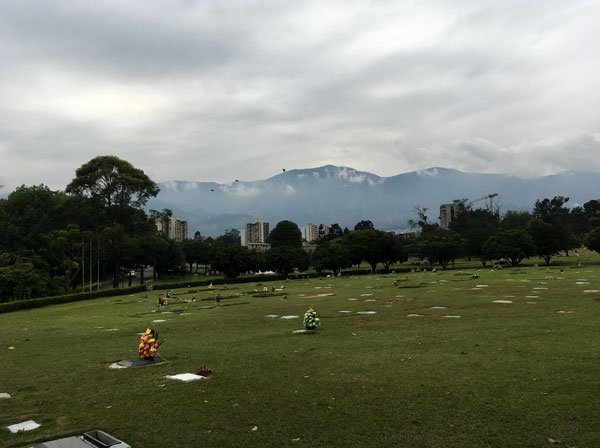 The view from these people’s final resting place is gorgeous, but it’s a pretty “plain-looking” cemetery compared to others I’ve seen in my life. I don’t mean any disrespect by that comment. I just mean it’s not as “ornate” as others. As you can see by the photo above, the large majority of tombstones are just small plaques laying flat on the grass.

… Except for Escobar’s more grandiose gravesite. 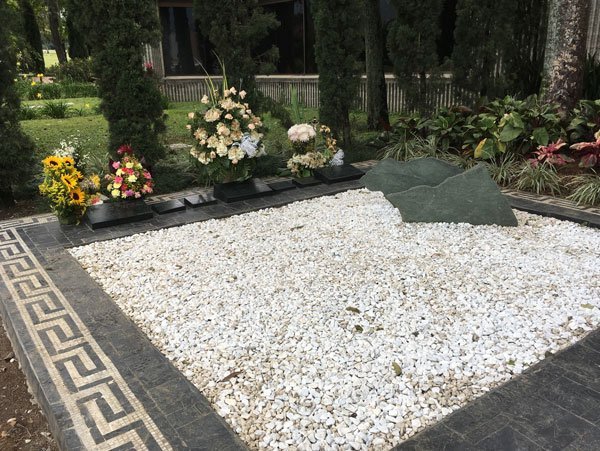 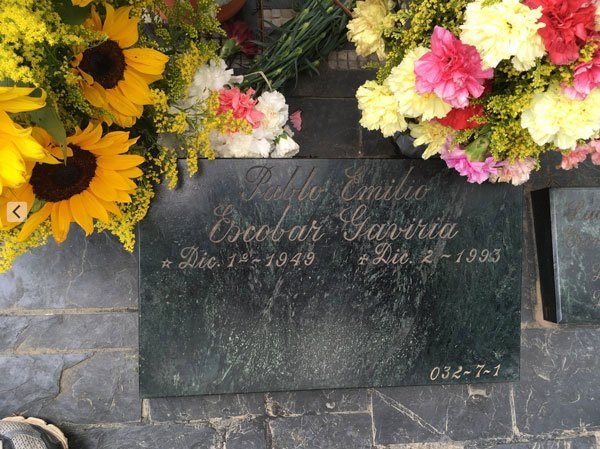 There were a lot of fresh flowers on his grave, which also included other family members.

Escobar’s past was very complex. A lot of innocent people died because of him, including countless cops, judges, journalists, and many others who stood in his way, but he also helped the very poor in his city. That’s why some still think of him as somewhat of a hero. Some even believe he didn’t die during that shoot-out in December 1993 and that he’s still hiding somewhere…

One comment made by a Colombian made me appreciate how hard the government was trying to solve an impossible problem for all those years. As a way to help prevent drive-by murders, motorcyclists weren’t allowed to have a man ride as a passenger on the back of their bikes. (Women or children were allowed.) It seems the law temporarily came back into effect in 2015, but it wasn’t in place during my visit in 2016. See here:

I’m sure some residents of Medellin still get scared just by the sound of a motorbike driving up to them.

I didn’t do the full Escobar tour, I just did the short one-day version. For example, I never went to his hacienda, which included a zoo and theme park at some point.

If you haven’t heard, Escobar’s hippos are now causing real problems in the country:

Overall, I really enjoyed my few months spent in Colombia, and the experience made me very grateful for having been born in a country where violence and drug cartels never caused such huge problems. But that’s just luck. We don’t choose where we’re born, and I count my blessings every day.

As I mentioned earlier, I didn’t just go to Medellín for narcotourism. I was there to improve my Spanish and to experience the local culture firsthand, like I used to during my nomadic days, which are (temporarily) on hold. If you’d like to see more photos of my Colombian experience, you can click here to see my other pen name’s updates.