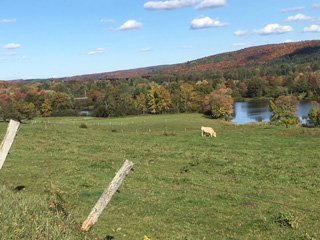 2020 threw a wrench in my travel plans. I’m currently staying at a cabin that was built for summertime use only. No insulation or enough heat to allow anyone to stay in it during Canadian winters.

So I’m now looking for a semi-permanent place to call home until the world returns to a semi-normal state that will allow my nomadic ways to lead my life again.

Or maybe I’ll just dream of buying a tiny boat and roaming the seas. 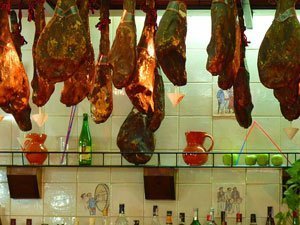 I am back in Spain yet again. I love this country. Good thing I do because I’m currently “stuck” here for the foreseeable future.

But there’s plenty of inexpensive and tasty red wines for just a few Euros per bottle. Spanish hams, cheeses, egg tortillas, paella, seafood, olives… The list of delicious food is endless. I’ll probably put on a few pounds while in lockdown. But if I have to be stuck anywhere in the world, I’ll take Spain in a heartbeat.

After that? Who knows? The pandemic is certainly putting a damper on things. I’m not even sure WHEN I’ll be allowed to leave the country, so choosing my next destination is pointless right now. 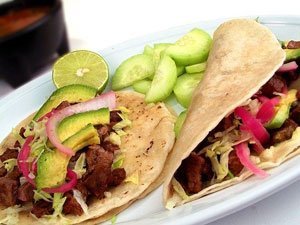 Some might say I grew roots while in Mexico. Working around the tourist visa limitations (lots of flights in and out to attend conferences and other events), I basically spent close to three years in the same small town by the ocean.

I’ve made great friends here, so I’ll most certainly be back (well, AFTER the pandemic is behind us all). 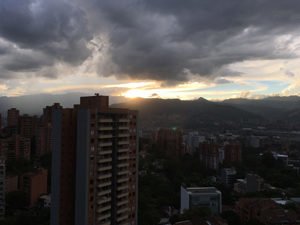 I spent almost three months in the city of Medellín. I got a good first impression of the city. Sure, it’s big, and the smog tends to stay in the valley, but people are super friendly, and food is great (although not all arepas are created equal!)

The temperature was wonderful, and it definitely earns its name as the City of Eternal Spring. Never too hot, never too cold. 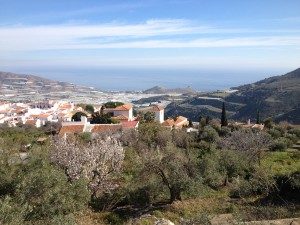 I rented a tiny house in one of the picturesque white villages of Southern Spain. Time flew by.

Surrounded by almond and citrus trees, the village I lived in was perched on a steep hill with an amazing view of the Alboran Sea. The local fish vendor and bakery delivery man drove right by my door. Now, that’s service! 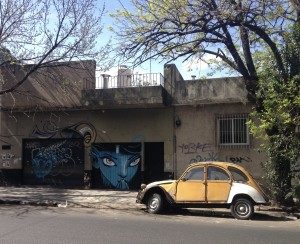 Although I’m not a big fan of dancing in general, I went to two milongas to see tango dancers in action and listened to a live band play traditional folklore music. Very interesting. 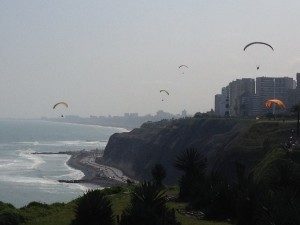 I spent a month in Lima. I rented a bedroom in a wonderful woman’s house in a good neighborhood. The food was fantastic. The people I met were really nice.

The weather was much cooler than Central America, but that was a welcomed break for me. I love weather that hovers around 20 to 25C. I then visited Machu Picchu, Cusco, and Arequipa. Wonderful places. 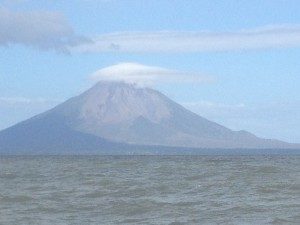 I spent a month in a tiny village on Ometepe, a volcanic island in the middle of Lago Colcibolca (Lake Nicaragua). I improved my Spanish a little and made friends with people from all over the world. Oddly enough, I probably spoke more French than Spanish…

Many travelers now choose Nicaragua over Costa Rica, and it makes a lot of financial sense. I met lots of people from Australia, France, Ireland, Canada (including lots from Québec in particular), Argentina, the US, and Nicaragua, of course!

I took a very short introduction to kite surfing and loved it. That will be something to pursue once I make more money.

I’m curious about what will happen with the planned canal that is supposed to be built here. The Nicaragua canal would be an alternative to the Panama Canal, allowing huge tankers (and other boats) to go from the Pacific Ocean to the Caribbean Sea… Learn more here.

Before Nicaragua, I was in Villarreal, close to Tamarindo, Costa Rica, for nearly five months. It was a great experience and I met lots of wonderful people that I will miss, but it was too expensive for my limited budget.

Fall of 2014 was spent in Spain, my favorite country to date. I don’t know why, but I felt “home” for the first time in my life. I look forward to returning to Spain in the near future. In the mean time, I’ll keep working on my Spanish in Latin America so I can be better prepared for the fast-talking Spaniards.

Who knows. I’ve been thinking about Ireland a lot… I visited Dublin decades ago and loved it, but a friend told me it’s quite expensive. Too bad, the drinking would have been amazing, I’m sure.

I’ll likely go and spend the summer up north somewhere. Most likely Canada. Beautiful weather and gorgeous scenery. Then I’ll make up my mind and figure out what my next destination will be.

Asia has also been on my mind. I’ll see how things go…